To answer the question: “Is the spelling color or colour correct?” we first need to know your CONTEXT: where in the world you are, or for which group of people you are writing. Why? Because the “color vs. colour” quandary is geographically and culturally dictated! Let’s explore why.

Definition and Pronunciation of Color and Colour

Both color and colour have the same definition. As a noun, these words refer to the hue or pigmentation of something. For example, “I’m seeing colors in her hair that don’t appear in nature, so she must have dyed it!” (American English) or, “The colour of her dress is a shocking red” (British English).

As a verb, the words color and colour mean to add or change the hue or pigmentation of something. For example, “I want to color my hair orange and green!” (American English) or, “Don’t colour the walls with those crayons — draw on the paper instead” (British English). Both “color” and “colour” are pronounced the same: KUH-lr.

Why are Color and Colour Spelled Differently?

It’s a fascinating story why there are two different correct spellings of “color” in the world. Here’s the origin: In the early 1800s, a U.S. lexicographer and dictionary creator named Noah Webster decided that the United States of America should use different spellings than British English — ideally to make words shorter, simpler, and more logical.

In the 1806 and 1828 American dictionaries that he published, Webster changed most of the “ou” British spellings of words to “o” — including turning “color” into “colour.” He also changed “flavour” to “flavor,” “rumour” to “rumor,” “honour” to “honor,” and many more. He argued that eliminating unnecessary letters (like that silent “u”) could save money on printing! (Now that’s a new type of conflict: a spelling battle!)

The famous Merriam-Webster dictionary is a direct descendant of Noah Webster’s work, and explains more of Webster’s American spelling changes from British English:

Though many of Noah Webster’s spelling changes from British to American English caught on, some were total flops, and were soundly rejected. In his quest to make English spelling more logical, Webster proposed the following word revisions:

And so on. Honestly, many of Webster’s wild proposals make total sense, and it’s curious to wonder why some of his ideas got traction, while others were tossed aside. “Soop” is such a cute word!

Color or Colour? Now You Know. 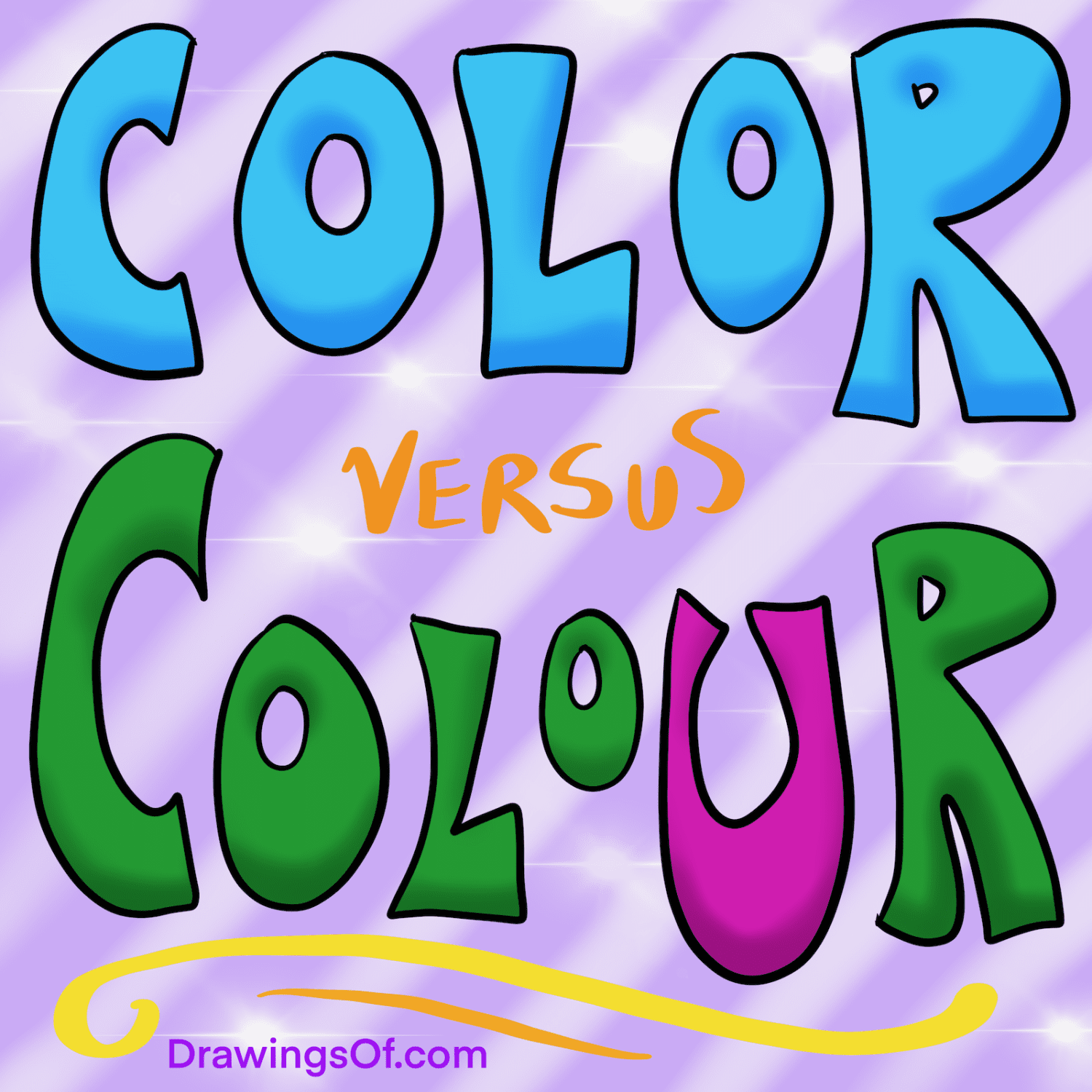