A Preface to This Story

When I receive your requests for drawings, I strive to fulfill each one, but the latest was a wallop of a challenge: “Draw a horseshoe crab on a bike“ typed a reader named Michael. Yeep! To make this artistic feat possible, first I had to invent a fairy with hair made of clouds, and a story to go with it. Here goes!

There once was a horseshoe crab named Barry who wanted more than anything to ride a bicycle. The problem was, he had no way of pushing the pedals. All Barry had in the way of limbs was a spiky rear, and if he tried to use that stinger to make the bicycle wheels turn, his crusty body would tumble off the bike seat. He began to lose hope of achieving his dream on two wheels.

Suddenly, a Cloud Hair Fairy (CHF) heard Barry’s wish floating through the air. She herself had experienced having a wish granted several years ago when another fairy had turned her hair into clouds so she could levitate and irrigate with ease. (CHF’s current favorite pastime was floating over dry fields and bringing much needed rain — from her hair.)

CHF swooped in and placed her arm around Barry’s bony back. “Let’s see what we can do about this quandary,” she soothed, placing the horseshoe crab gently upon his magenta bike seat. Barry stared at the fairy with wide, hopeful eyes.

The Solution to the Bike Problem

Stepping back, CHF extended one finger and pointed it towards Barry’s tail spike. “ZAAAP!” zapped the magic zinging from her digit — and suddenly the horseshoe crab felt a change in his rear.

When he swiveled his googly eyes back to look at his spike, he noticed there was now a hole at the end of it which was faintly giving off steam. Suddenly he realized that he now had a new capability: if he clenched his belly muscles, a cloud of steam puttered out of his spike — propelling the bike forward!

“THANK YOU, Cloud Hair Fairy!” Barry gushed, giving the magical being the best hug he could muster (which was clunking his bony body against her hip).

“My pleasure,” cooed CHF as she levitated off the earth to irrigate another field in need. “Ride that bike with joy and feel free!”

Enjoy this story? Have something to say? Feel free to leave a comment, or make a request for the next illustration or topic! (And if you’re craving more tales of aquatic beasts, read about this mermaid and this octopus.) 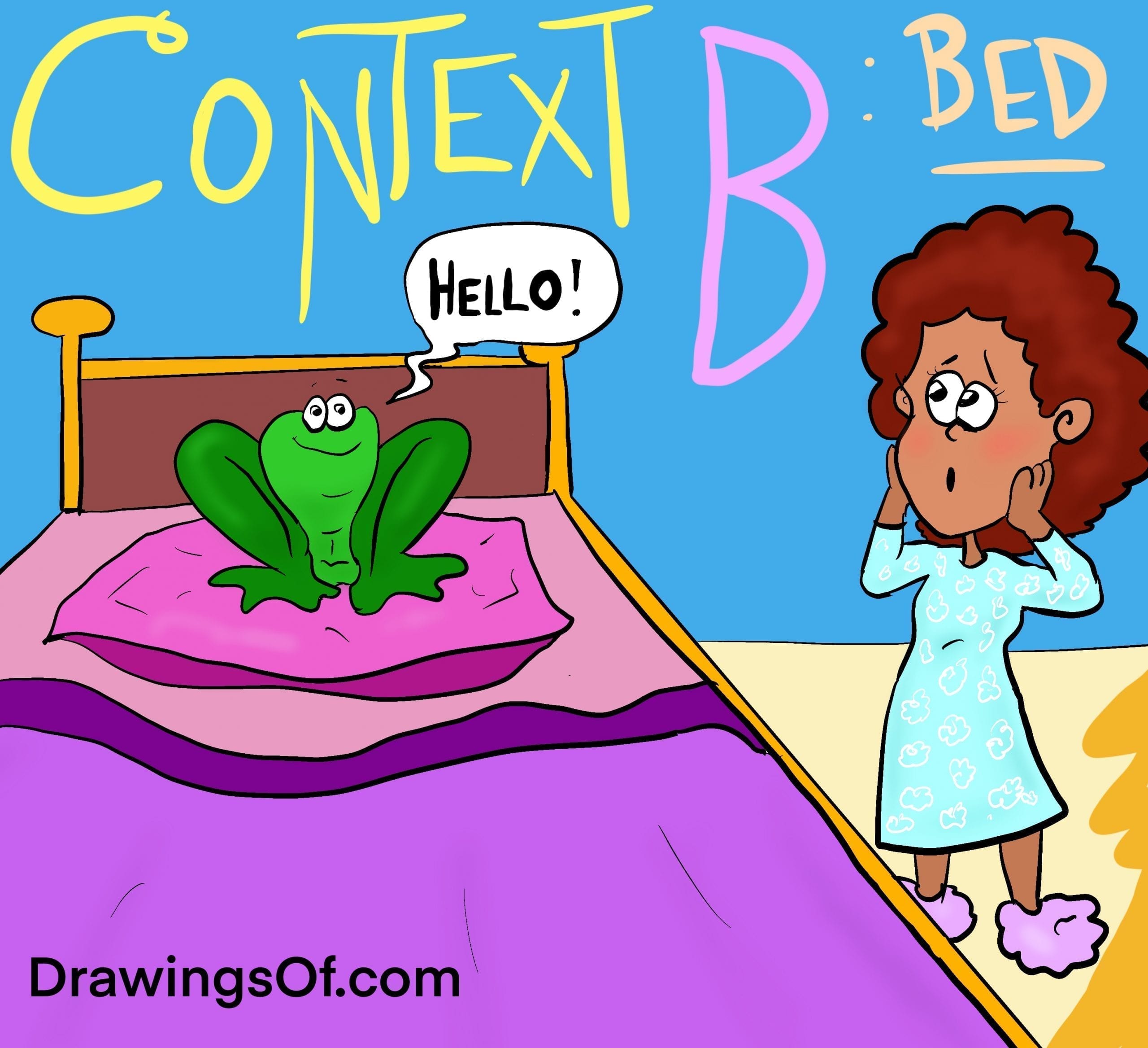 "What is Context and Why is it Important?" Explained by Examples
← Read Last Post 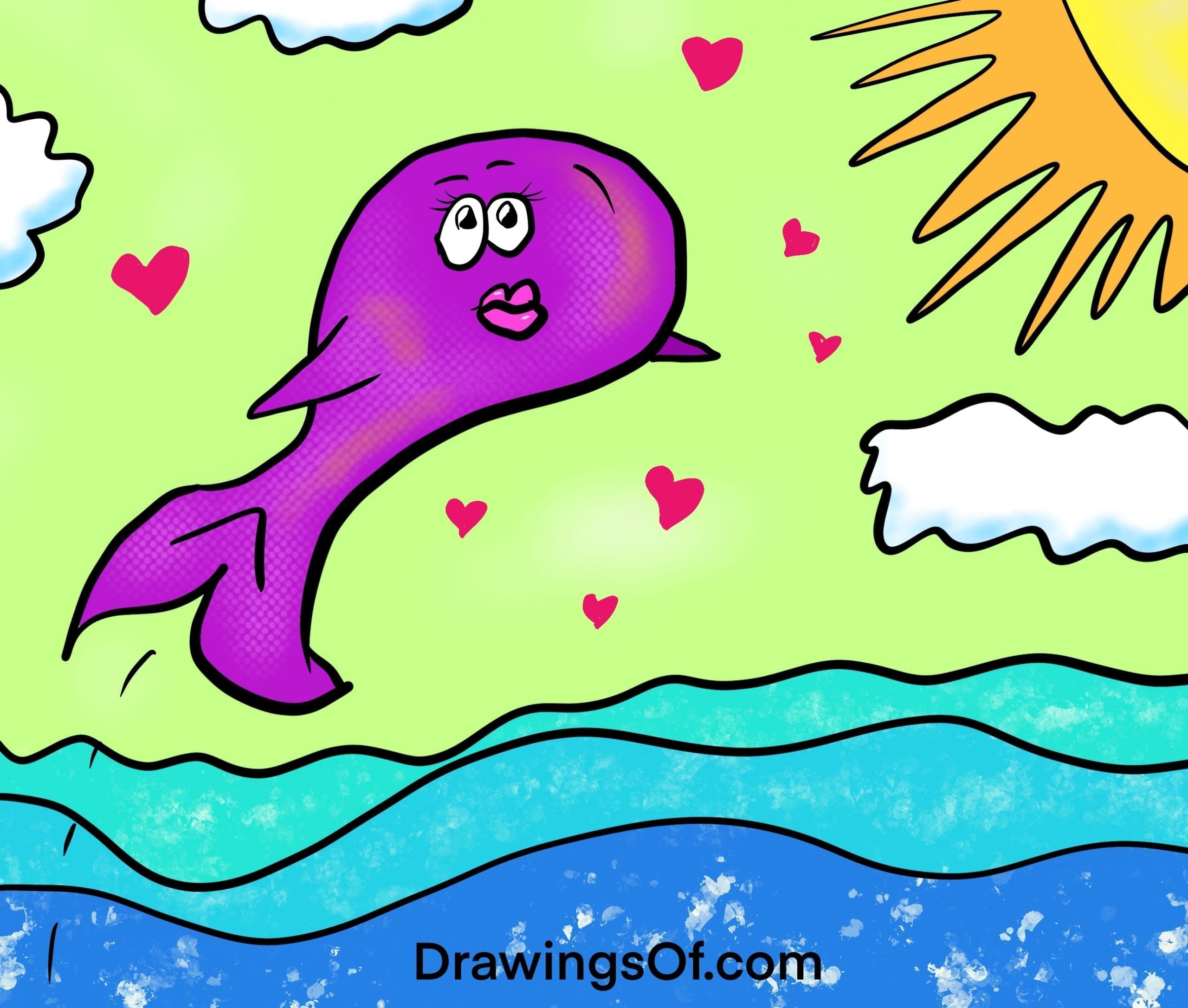 The Whale Wants to Be an Elephant?! A Magical Story...
Read Next Post →
Click here to cancel reply.
The author, Lillie Marshall, is a National Board Certified Teacher of English and mother of two who has been a public school educator since 2003. She launched DrawingsOf.com Educational Cartoons in 2020, building upon the success of her other two sites, AroundTheWorldL.com (established 2009) and TeachingTraveling.com (founded 2010). Subscribe to Lillie's monthly newsletter, and follow @WorldLillie on social media to stay connected!