Ready for a short story that sprang from the random art inspiration capturing my pen’s lines today? Here it is…

The Story of Octi the Octopus

Once upon an ocean, there was an irritable magenta octopus named Octi. He always wore a top hat and spoke with great formality — and was always a decided GRUMPUS.

All the fish in the sea and the stars on the sand kept their distance from Octi, preferring instead to play alone, rather than get that ill-tempered energy into their waves.

What would happen to Octi??? Would he remain his sour self forever, never saying sorry to the people he offended? Thankfully, no! But what shifted his bitter attitude?

The Cure for Grouchiness

Suddenly, a wave touched his brow, and Octi realized why he’d been so angry all these years: His top hat was too tight! He whipped off his cap and hurled it to the sand.

Octi gasped with inspiration, then reached up to his back shelf. He grabbed a glistening opal necklace and clasped it around his spongy magenta neck. The jewels were cool and comfortable. WOW, did that octopus ever feel better!

Octi wrapped his eight arms around himself so tightly with happiness that he looked for a moment like a soft serve ice cream cone. All the fish in the sea and stars in the sand came to embrace him, as he had at last embraced himself. The end.

Enjoy this octopus story? Check out the other short stories in the series, and feel free to leave a comment and share! 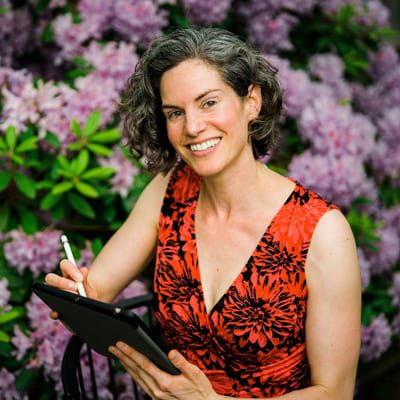 8 thoughts on “How an Angry Cartoon Octopus Found Happiness: a Story”