Few things make a person sound as fancy as using the terms “former” and “latter,” but what do these words mean? Let’s dive into their definitions and correct usage — all illustrated by hand-drawn cartoon examples and strange sentences!

“When she asked me whether I wanted ten of the pink flower crowns, or ten of the yellow ones, I chose the latter option (yellow) because the former color (pink) was more expensive. I’m not really sure why she charges more for pink flowers, but whatever.”

A Trick to Remember “Former vs. Latter”

Below is my cartoon of another “former” vs. “latter” example, except this time, I made the options have the same first letter as the corresponding word in order to help you remember which goes with which: Fish = First in the list = the Former (all starting with “F”), and Lampshade = Last in the list of two = the Latter (all starting with “L”). Of course, in order to use these terms, the items in your list do NOT have to start with “F” and “L,” but I thought it would be a Fun Little way to remember Former and Latter!

Other Definitions of “Former” and “Latter”

In addition to meaning the first thing in a two-item list, “former” is frequently used as an adjective to describe a previous situation, role, or state of being (how something was in the past). For example, “In our former house — the one we lived in from 2003-2019 — the porch was big enough to hold a giant pumpkin every Halloween, but in our current house (the one where we live now), there is such a small porch that we couldn’t even fit a gourd!”

Below is another example, using my cartoon illustration of a former (previous) haircut, contrasted with a current haircut (now). For transparency, no, my hair doesn’t look like that in real life — though it would be rad if it did!

In addition to meaning the second (or last) thing in a two-item list, “latter” is used as an adjective to refer to the later part of something — the time period closer to the thing’s end. For example, “In the latter stages of quitting coffee (the weeks toward the end of the process), my caffeine-withdrawal headaches started to ease off, and I realized that it would actually be possible to continue without exploding.”

“Former vs. Latter” in Sum

Now that you know the difference between “former” and “latter” and have learned how use them correctly through examples, sentences, and cartoon fun, what do you think? Might you begin to use these words in happiness — or do they sound too frilly for your taste? Do share! 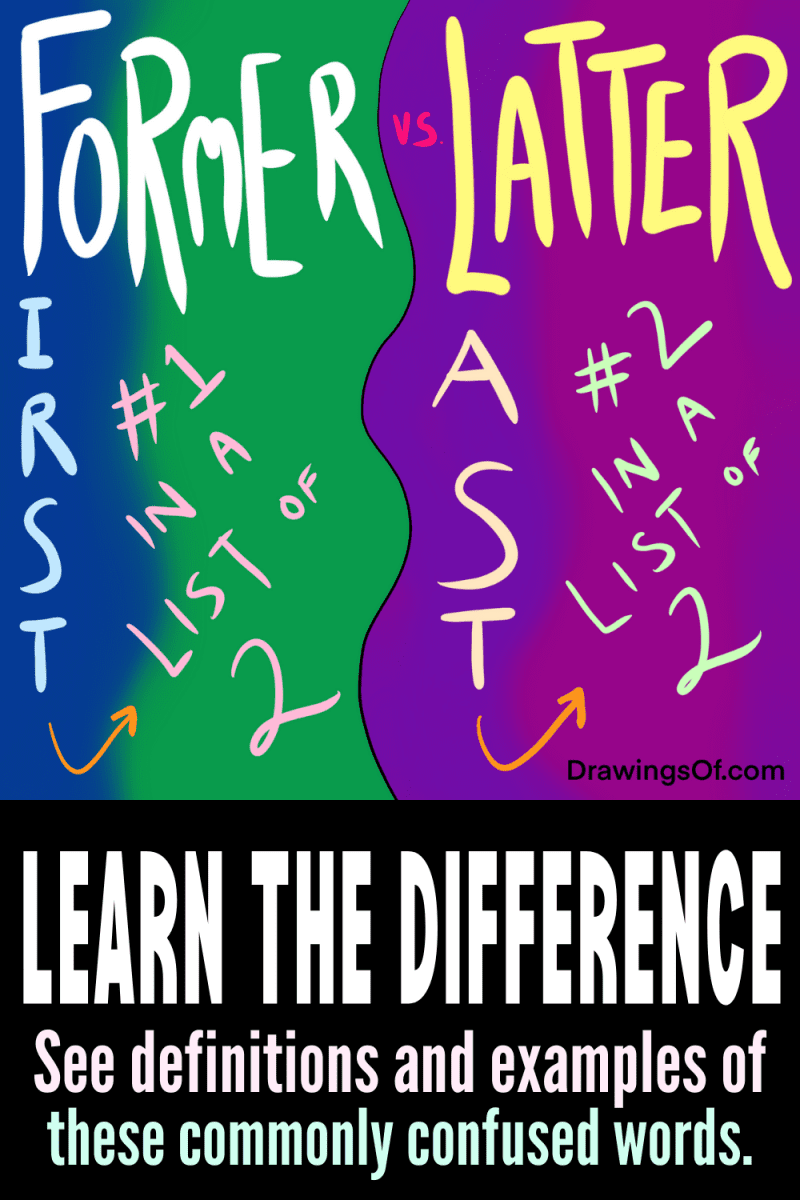 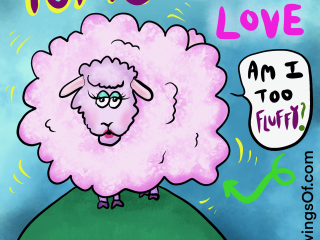 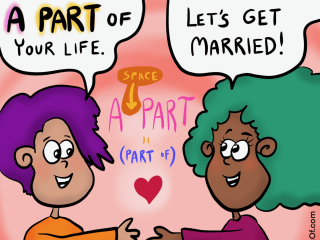 Apart vs. A Part: Cartoon Stories to Explain the Difference!
Read Next Post →
Click here to cancel reply.

The illustrations are always on point! I like how you explain concepts and make them simple to understand.

Thanks, Biana! I find many educational explanations are more complicated than they need to be. Simple but truthful is often best!

I love the way you so eloquently explain things! You always make it so easy for anyone to learn and as always, love the illustrations!

Glad to entertain and educate, Soheila! Thanks for taking the time to comment.

Great way of explaining the difference between former and latter. Very clear!

Glad to provide clarity! And hopefully some smiles as well.