Today’s lesson is (in some ways) easier than all the other English lessons we’ve done so far, because when trying to tell the difference between spelling “separate” vs. “seperate,” one of the words isn’t a word at all — it’s just plain WRONG, and doesn’t mean a thing! But which of the two is correct, and which is the pile of rubbish?

In my other articles about homophones (words that sound the same, but are spelled differently, and mean different things), I always have a full section with the definition of each of the two words. The word “seperate” doesn’t need a whole section about its definition, though, because it has NO definition. It DOESN’T EXIST!

Seperate is NOT a Word

So what even is the word “seperate?” It’s just a mistake while attempting to spell the real word, “separate.” It has no meaning of its own. It would be like trying to spell the word “this” and writing “thhhhiz” instead. There’s no meaning to that new word except that it’s an incorrect mix of letters while trying to form a different word. Understood that “seperate” doesn’t exist? Great. Let’s move on to the real word: separate!

The actual word that people are trying to write when they spell “seperate” is: “separate.” The meaning of “separate” depends on its part of speech, and how it’s used. Let’s examine both options.

As a verb, “to separate” means to pull things apart from each other, to divide, or to distinguish. It is pronounced “SEP-uh-rate.” Here’s an example sentence with its correct usage: “If you two don’t stop throwing pumpkins at each other, I’m going to separate you into different rooms so you stop bothering us!”

As an adjective, “separate” means apart from, at a distance, or not related to. It’s pronounced “SEP-riht.” Here’s a correct example sentence: “Today at 7pm, I’m going to eat a whole second dinner separate from this first dinner I’m eating now at 5pm, because food makes me happy.”

Why is “Separate” Spelling so Hard?

I’ve been an English teacher for 18 years now, but even I keep writing “seperate” instead of spelling “separate” correctly. Why? My theory is that in my head, the pronunciation of the verb form of “separate” (“SEP-uh-rate”) sounds more like the sounds formed by the spelling “seperate.” It’s always a shock to me that even though the verb and adjective forms of “separate” are pronounced differently, they’re spelled the same way.

There are three tricks to remember the correct spelling of “separate.” and we actually just revealed the first one: Whether it’s the adjective or verb version, “separate” is spelled the same, even if it’s pronounced differently for different parts of speech.

For the second trick, we need the help of a rodent: Examine the middle of the word “separate” and you’ll see A RAT inside it, scuttling around! Gross! But also so helpful. Thanks little ratty!

Seperate vs. Separate Spelling in Sum

I hope it makes you feel better that even an experienced English teacher frequently mixes us seperate and separate, and is still a little confused that the former isn’t a real word! We’re all learning this wild language together, and every new trick we learn to remember correct spelling helps.

Want another spelling lesson about commonly confused words? Check out “How to Spell Dilemma!” 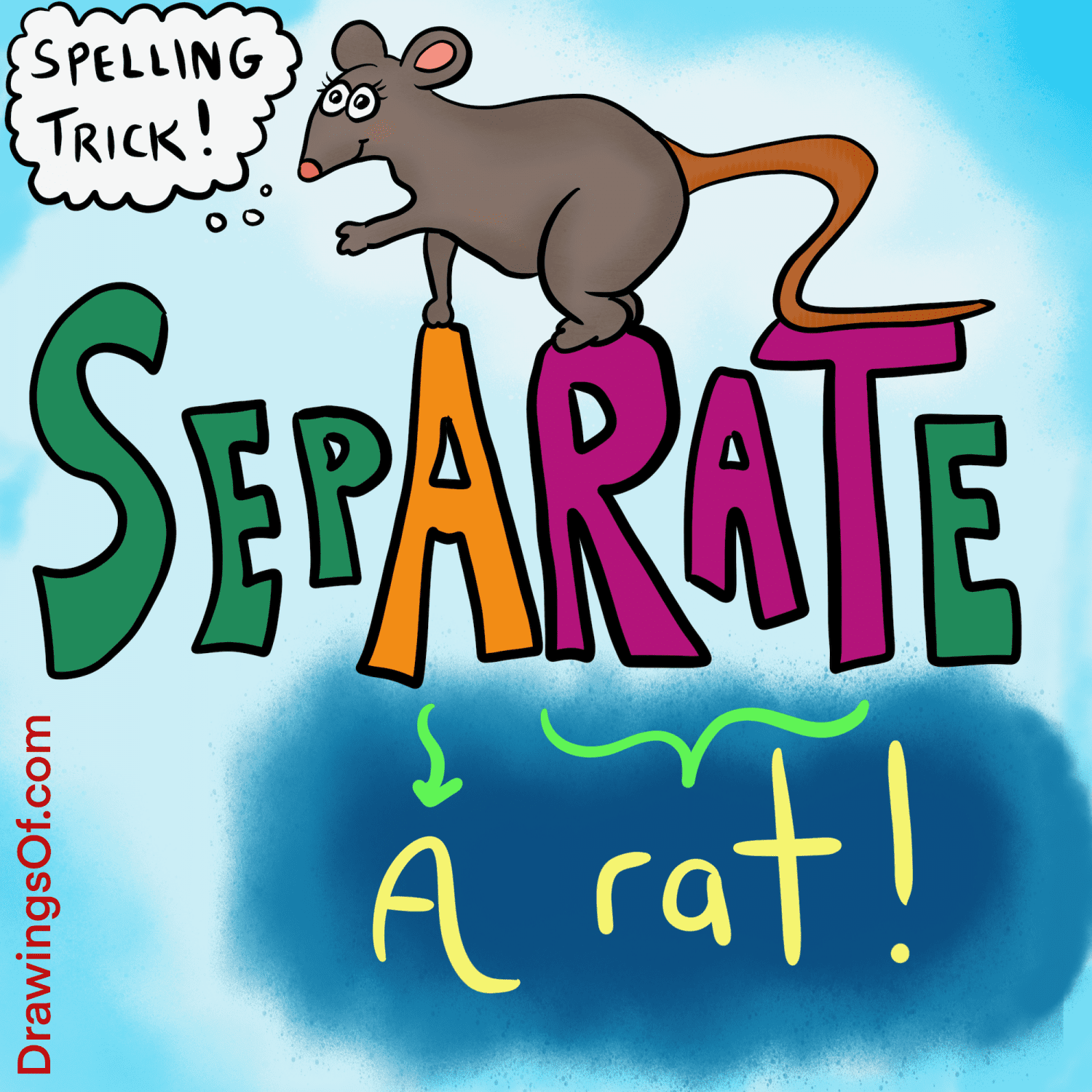