What Does it Mean to See Blue with Eyes Closed?

You’ve probably come to this article after searching online for guidance on something mysterious you’ve been experiencing: while meditating (or maybe during energy work like acupuncture or Reiki), you suddenly began to see patterns of BLUE light behind your closed eyes. What does this mean???

Read on to learn the illuminating answer about the meaning of seeing a blue aura, and to learn that you’re not alone in this phenomenon of meditation colors.

Why Trust this Article?

I’m not a big corporation that writes about things I don’t know about — I’m a trained Reiki practitioner who, since a young age, has experienced seeing colors during meditation behind closed eyes. At first I thought I was imagining it, but the colors have gotten clearer and clearer as I’ve continued my mindfulness practice — and since I’ve published that article linked in the previous sentence, I realized many others also have this happen to them as well.

While I usually see purple and yellow, I have started to distinctly see different colors when I do Reiki on certain clients. This has led to my extensive study of chakra colors: the hue vibrations associated with the seven energy centers of the body. So which is the blue chakra, and what is it associated with? Answer this question helps understand the meaning of a blue aura.

The color blue is associated with the Fifth or Throat Chakra — the Vishuddha — and stretches above and below the throat area, including under the chin and above the collarbone. It is associated with speaking your truth, and verbal expression. Unlike the idiom “feeling blue” which means feeling sad, the blue chakra is not about sadness at all!

Knowing the associations of the blue chakra helps illuminate the meaning of a blue wavelength aura. I rarely see blue with Reiki clients, but the one time I clearly did, my hands were placed under the chin of a woman who was an incredibly accomplished and powerful education leader. She had spent decades using her voice to be heard above the cacophony of schools, and had been very effective at it.

This client’s blue aura reflected that the had a well-developed ability to speak her truth in a way that others could really listen to it. Meanwhile, people I know who’ve shared that they see blue when they meditate are, across the board, outspoken advocates and organizers.

Sometimes I wonder if the reason I see blue so rarely when I see colors during meditation or Reiki is because so few people — myself included — are currently strong at speaking their truth! The good news, however, is that lately I’ve began to see blue more during solo meditation: something I think might be connected to me actively working on using my voice for honesty.

Have you Seen Blue?

After reading this, does it resonate at all with your experience? Do share in the comments below! Want more? Check out my other articles on seeing colors of auras: 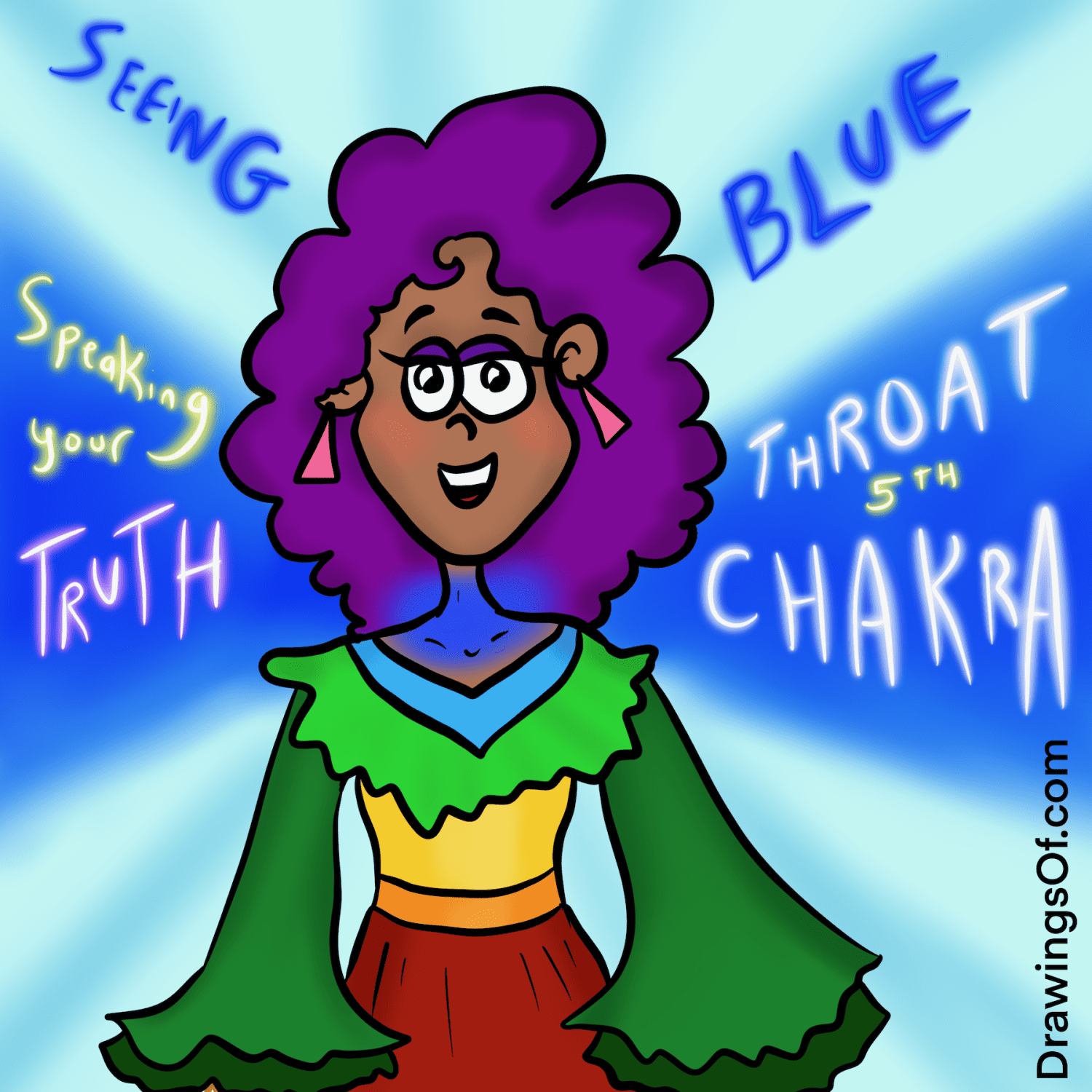